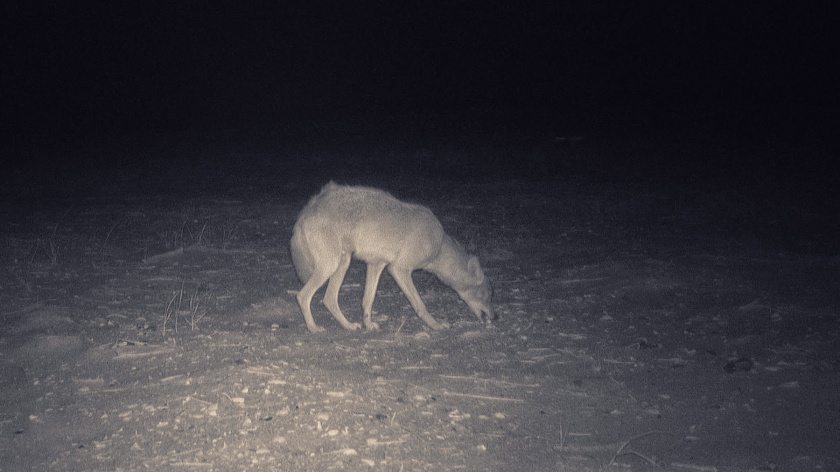 I really need sleep. That was a difficult night.

It’s certainly not unusual for the sound of pings from my Coyote Cams to wake me up in the middle of the night. I don’t usually mute them because I enjoy them and even find them comforting.

What is unusual, however, is for them to get me out of bed. But last night, the incredible frequency of the alerts suggested that something was very, very wrong in Plover Park. I couldn’t help but get up and take a look.

I’ve done a lot of projects for the Little Egg Foundation this year involving motion-sensing cameras. It is fascinating how much information is conveyed solely by changes in the amount and duration of motion triggers. For example, working with falcon nests, I’ve discovered that just a simple chart of motion events can show pretty clearly when a nesting pair has begun mating, laying eggs, and then incubating. First, courtship and mating are marked by sporadic, unpredictable motion at the nest. Soon this is replaced by an almost constant presence at the nest when the female is laying her eggs. Then suddenly, the number of triggers falls off a cliff and is replaced by very short, infrequent, but regular intervals of activity. Finally, you can tell that incubation has begun in earnest. All from the pings.

Running the Little Egg Hatch Cams at hatching Piping Plover nests this summer, it became clear, in hindsight, that a sudden and unprecedented spike in motion alerts was an accurate indicator that the nests had started hatching. No photos required at all.

Last night, the sonic chaos of bleeps and bloops coming from my computer was unprecedented and puzzling. Not only did it sound as if every camera in the array at Plover Park was detecting activity, but that each was detecting it repeatedly. It was like a parade was snaking its way slowly through Plover Park, then back again. On an average night, I’m lucky to get two or three detections as Coyote hits a few checkpoints while passing through the Park.

I crawled out of bed and onto the couch. There I scrolled through almost a hundred photos in the dark, all while new photos continued to trickle in.

What I saw was horrific.

It became immediately apparent that all of the action was being caused by a single Coyote. Having discovered that the Park was littered with eggs, Coyote casually walked back and forth in an almost perfect grid and ate absolutely everything. The sheer number of photos with Coyote, nose to the ground and teeth bared suggested this was a true catastrophe. Coyote was a metaphorical Hoover, leaving nothing but a spotless floor at Plover Park this morning.

I’ve been watching Coyote work the Park for months, walking past the Piping Plovers each night without even a sideways glance. Then suddenly, at the worst possible time, everything changed. Coyote wanted eggs more than bunnies, so that’s what he had. It was so simple, and so devastating. I certainly don’t blame him.

I was too tired and nervous from watching all night to visit the Park today. A proverbial car-wreck from which I couldn’t turn away last night.

But I followed along in NestStory as the site was surveyed today. And it was as it appeared from the photos last night: a complete wipeout. Not only had dozens of Least Tern eggs been eaten by Coyote, but he got the of all of the new Piping Plover nests laid by Myrtle, Fats, Tatiana, and Jennifer Jason Leigh. There appears to be nothing left; with the exception of our single Oystercatcher chick, our “Final Girl,” who is once again the shining star and the sole surviving hope for Plover Park.

The timing could not have been worse. Unfortunately, Plover Park has been set back to zero once again, for the second time, having just begun its do-over from the horrific Memorial Day nor’easter.

Strike two. This is an unbelievable season. The trauma is real.

But I stand ready to keep fighting, if our birds are willing. And I’m pretty they are.