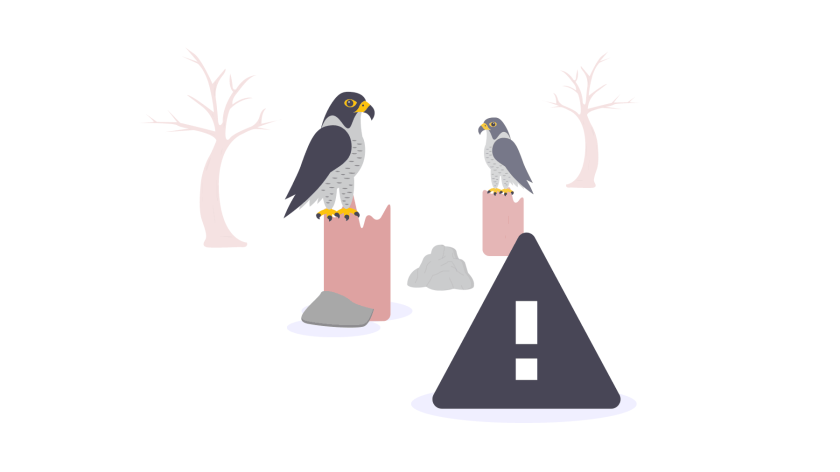 It was a glorious spring morning back in 2016 and Readings From the Northside was hosting the First Annual PIPL/PEFA 2KXVI Summit at the historic Brigantine peregrine falcon hacking tower.

Located along what is now known as Wildlife Drive in the Forsythe Refuge on the coast of New Jersey, the BRIG tower was the site where the peregrine falcon recovery, literally, hatched.

Now, don’t be fooled by the glitzy title I gave this “summit” because it was admittedly a lot less fancy than it sounds. In reality, the name was just a ridiculous marketing angle I employed in an attempt to get two of the smartest, bravest women I know together in the same place, and to keep them chatting for as long as possible about my two favorite subjects: the legendary Kathy Clark’s peregrine falcons and the brilliant Dr. Michelle Stantial’s piping plovers.

I am notoriously bad at keeping my mouth shut when I get excited but on this very special morning I swear I mostly listened. While I’m sure that’s not completely true, at least I can’t remember anything I said; though I most certainly remember every word that Kathy and Michelle did.

I never wanted it to end. For one sweet moment, I had made my dream come true and was living in a world where nothing else mattered but peregrine falcons and piping plovers. It was heaven. I immediately began brainstorming even newer, better marketing angles so I could convince them to make this an annual event.

I had no idea at the time that this would actually be The First and Last Annual PIPL/PEFA Summit. I surely wasn’t expecting it would be the last time I would ever climb the legendary BRIG tower.

But just a little more than a year later, the historic tower was formally decommissioned and torn down.

I imagine it was similarly beautiful spring morning way back in 1980 when Dr. Tom Cade climbed the BRIG tower and made the discovery of a lifetime; the crown jewels of his long and storied career. When he climbed the BRIG tower on that fateful morning and peeked into the wooden nest box, he found something even more miraculous than a miracle: he found the first three peregrine falcon nestlings born in the wild since the 1950s.

Legend has it that Dr. Cade knew at that very moment that the recovery of peregrine falcon was going to work, and that the cruel legacy left by DDT was going to be reversed. And if that legend is true, he was absolutely right. By 1999, the peregrine falcon would be removed from the federal list of endangered species. Dr. Tom Cade’s Peregrine Fund would go on, and still continues, to replicate these successes with hard hit species around the world.

But we’ll never know for sure if he knew for sure that those first, three, tiny nestlings represented both the beginning and the end of the recovery because, sadly, we can no longer ask him. Shortly after the world lost the BRIG tower, we also lost Dr. Tom Cade, savior of the peregrine falcon, at age 91 in 2019.

Clearly these events represent the end of an era.

I suppose I should have seen it coming back on that spring morning in 2016. After all, the true purpose of the PIPL/PEFA Summit wasn’t just chit chat with the greats. There was an urgency in my desire to hear what Kathy and Michelle thought about the future of the peregrine falcon and piping plover recoveries along the coast, especially in relation to each other; and to make sure Michelle held a warm, fluffy peregrine falcon in her hands while Kathy banded it, and later, for Kathy to hold tiny, trembling plover chick in hers while Michelle banded it. Because the stakes are so high for these animals. More than anything I wanted to be sure these two luminaries had that instinctive, deep bonding that comes through touch, that no argument or analysis can undue.

I had already been hearing the early rumblings of change everywhere. People were starting to notice that there were a lot more peregrine around. And that those peregrine have needs, and use resources, and cause conflicts, and that they need to be shared with, and compromised with.

People were starting to remember, “They don’t belong here. They aren’t even from here. They belong back on the cliffs, and in the mountains.”

And so we must ask, urgently and early, how exactly will we know for sure when the time is right? And what, if anything, comes next?

As a metaphor, the destruction of the BRIG tower is bittersweet.

We’ve surely lost a historic landmark. To see that rickety old tower rising majestically out of the marsh was both a tribute to and a reminder of the important work that took place there. The recovery of the peregrine falcon from virtual extinction is perhaps the greatest success story in the history of wildlife management. And the ideas, the techniques, and the hope hatched atop the BRIG tower almost four decades ago still radiate out from that place and continue to help animals around the world, while inspiring all of us to do better. I weep for all of those children who will visit Wildlife Drive and never get to ask “What is that tower for?” and then proceed to hear one of the greatest stories ever told about human stewardship of the natural world.

The BRIG tower was a testament to the very best of humanity: it represented the highest achievements in intelligence, in compassion, in respect, in stewardship, in effort, in courage, and in love. It represented motivations unfathomably pure. Truly, it was a sacred place for anyone who loves it when people devote their lives to making the Earth a better place; especially when that means fixing the things we’ve broken; not just preserving, but restoring. To see it vanish so suddenly and completely was obviously heartbreaking.

Yet on the other hand, the destruction of the BRIG tower represents a positive milestone. After all, the ultimate marker of successful parenting is when the young you’ve raised don’t need you or the home you’ve provided anymore. In a sense, the eventual toppling of the BRIG tower has been an end goal of the recovery effort all along. Something has certainly been achieved here. Perhaps this is a hopeful sign that that the peregrine falcon recovery itself might be… fledging.

So then, what is this bold new era in which we now find ourselves? What comes after the era of Recovery? If we simply tear down the towers and hope everything just works out for the best, then I suppose we could call it the era of Displacement. But I don’t think anyone would like the sound of that. Besides, you can’t just walk casually away from a 50 year recovery effort for which there is no firmly established scientific proof that it is actually complete and safe to abandon.

I suppose that the answer as to what happens now will never be found in the metaphorical ether of the tower’s rich history and significance; nor in the blood, the sweat, and the tears that went into the recovery.

Maybe instead we should just focus our attention where it matters most now, where it has always mattered, and where we should never stop looking; in the intimate struggles of the lives of our peregrine.

Specifically, the very real lives of the two peregrine, 12/AC and 1687-21126, who had called the BRIG tower home for the several years leading up to its destruction.

Maybe we need to climb the BRIG tower one last time, only this time in our imagination, and see that glorious morning in the spring of 2018 when 12/AC and 1687-21126 arrived to discover the home we had given them, so many years ago, was no longer there.

And to watch closely over them as they are displaced, and relocated.

If you are not an email follower, join us so you don’t miss Part III of this special story.